Featured artists from Disney and Universal 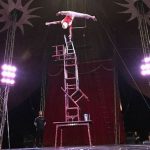 The Amazing Vitally Cirque artist featured for over ten years at the France pavilion of Epcot center, Walt Disney World

The signature act in Epcot Center for thirty eight years

Carol was a regular for over 25 years at the Rose and Crown Pub at Epcot Center. She is now featured at the festival center at the concert grand, playing a selection of Disney songs

The Taiko drummers were a regular part of the Japan pavilion at Epcot, every hour of every day for over 20 years

Award winning recording stars from Canada. They have made many special appearences at Epcot. They are truly amazing entertainers

One of the greatest groups of all time. Hall of Fame recipients “Charlie Brown” Poison Ivy” and many mo

One of the greatest jazz vocal groups of all time. “Graduation Day” and “Day By Day” were two of their biggest hits